Moondance Diner...What A Long Strange Trip It's Been! 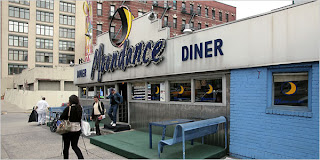 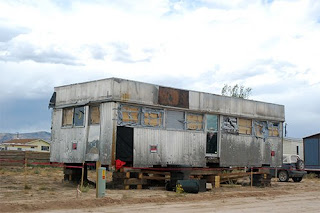 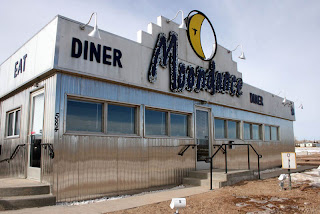 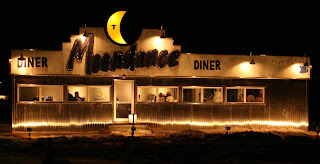 It started back in the 30's as The Holland Tunnel Diner with 6 tables and 10 counter seats. It was eventually renamed The Moondance Diner and refurbished in the early 80's. It has been seen by millions on TV (Friends, Sex and the City), Films (like SpiderMan) and even an AhHa video. But in 2007 it was all but a goner. Rent had made the business no longer viable and plans had been hatched to build the 255' Grand Street Hotel on the site. Extell development donated the diner to the American Diner Museum who sold it to an enterprising couple in Wyoming. The husband drove it with his father by flatbed to LaBarge, Wyoming. But the winter of 2008 nearly proved devastating. While the foundation for it's new home was being built, the weight of snow collapsed the roof and damaged the walls. For many of us following the story, that was the last that we heard. Well, there is a happy ending! Many of the significant artifacts were safe in storage, and on January 12th of this year, the Moondance Diner opened anew! I reached Lynn, a friend of the owner at the diner this morning, and she says business has been "quite busy". In fact, Lynn says that Moondance has now "become a tourist destination spot."
Email Post
Labels: South of 34th