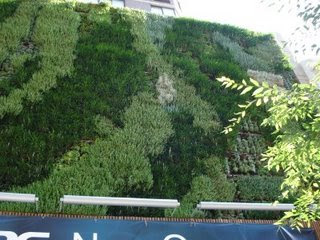 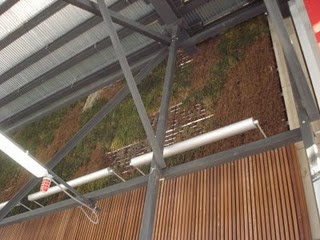 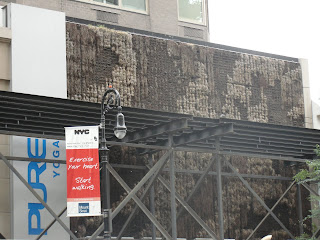 We have followed the slow death of the "living wall" atop the Pure Yoga location on East 86th Street for almost 2 years now. Back in August 08' it was a sight to behold, an undulating sea of green, that was the object of dozens of photo ops every hour. It only took six months, winter and some scaffolding to turn the green to brown, but now it is done, finished, toast! The evil scaffold is finally coming down, and the soot covered dead wall will likely too. Speaking with an employee at Pure, word has it that the green wall effort will be abandoned as too expensive to maintain (although that is not yet official).
The story would end there, but for my wife and kids spotting an unusual commotion on 86th Street yesterday. Construction workers removing the scaffolding found a nest that they moved to street level. Turns out that what appears to be a 4 week old Peregrine Falcon had been nesting up there. Of course, a nest shouldn't be moved like that, and I'm not sure who thought a falcon would want to eat a banana, but afford me a moment of blind optimism and let me believe that the nest was fashioned from the remains of the once living wall. 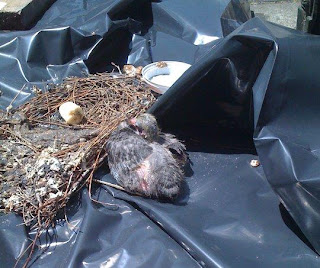