Opinion: Noisiest of the Night, Let's Put The Brakes On Jake Brakes in NYC! 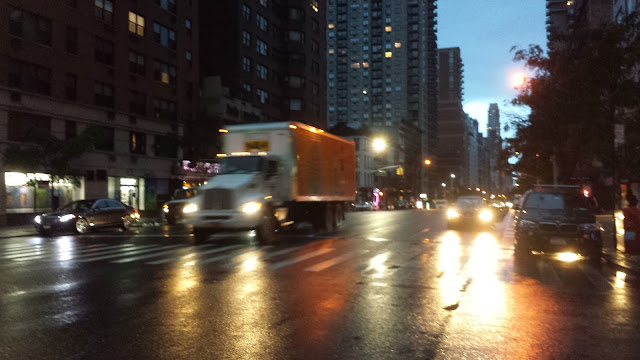 New York City is often called "the city that never sleeps". While the slogan reflects a city that is vital and dynamic 24 hours a day, for many city residents the phrase is taken literally because there is a constant racket! Local politicians have taken notice and sound pollution has seen increased attention in the City Council. Ben Kallos, Representative for District 5, for instance, has introduced legislation that would require that all noise complaints are addressed within 2 hours. But how about regulating the noise?

Who are the culprits? Bars, clubs, construction sites and garbage trucks are frequently cited irritants. However, I believe that the noisiest of all is overlooked- trucks that use compression breaking systems, otherwise know as "Jake Brakes". Jake Brakes use the engine itself rather than a conventional brake to slow a truck down.  They are intended to slow a truck faster in the event of emergency, but are overused by truckers as they also reduce wear on the conventional brakes. The result from the compression of a Jake Brake is an ear splitting, window shaking low frequency rattle often described as a fast succession groan of "bap,bap, bap, bap, bap." How loud is this noise? An improperly muffled truck jake braking can be as loud as 105 decibels perhaps even louder, properly muffled, 85 decibels. For context, a garbage truck compacting trash during overnight hours is limited to 85 decibels. An increase of 10 decibels is 2 times louder, an increase of 20 decibels is 4 times louder. So, that semi rolling down your street utilizing the jake brake can be 4 times as loud as a garbage truck at full throttle. More examples of decibel levels for context: lawn mower 85 dB, motorcycle 88 dB, train 100dB, jackhammer 110 dB. So, if you are trying to sleep with the windows open, and you have survived the garbage trucks and the local drunks kicked out of the pubs, the trucks with jake brakes could be the last straw.

Why should the Jake Brake be banned in NYC with the exception of an emergency? That answer is easy. They are loud as all hell, they shake windows, disturb our sleep, and if trucks actually comply with the 25mph they are almost entirely unnecessary. Give us a break, ban the Jake Brake!
Email Post