Ace Hotel: Brilliantly Hip And Homey At Once 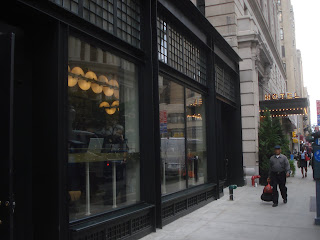 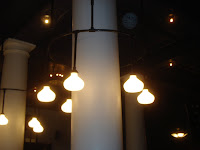 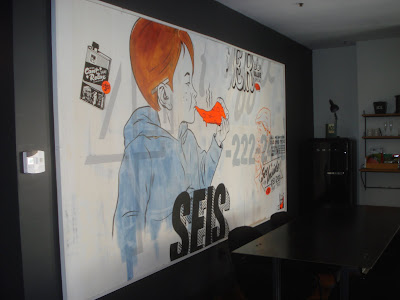 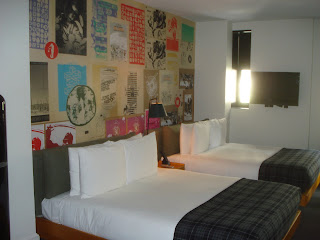 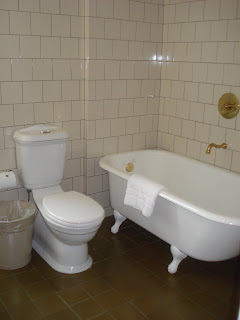 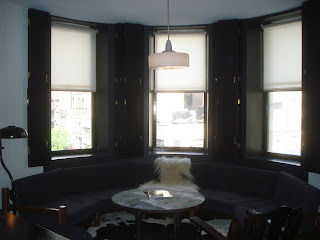 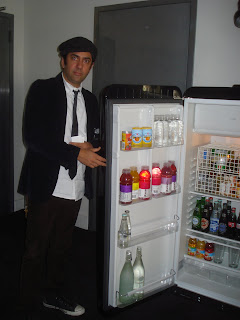 The unbridled passion with which hotelier Alex Calderwood operates is evident throughout his captivating and hip Ace Hotel. I was lucky enough to land a personal tour with Alex last week at the hotel on 29th and Broadway, which, in previous incarnation was the former SRO Hotel Breslin. All but 30 Breslin residents have moved and/or been bought out and most have them have been consolidated on the top floor with a separate entrance which is now being renovated. Although Alex doesn't like to comment much on that he says that they process has actually gone "pretty fine". What has taken place of the former Breslin is nothing short of remarkable.
You enter the hotel through a festive, classic marquee and into a large lobby with 18' ceilings. The space is open and intriguing. There is a creative use of materials throughout. Ordinary materials are used in extraordinary ways, like the metal piping that hold light fixtures in the lobby lounge. Concurrently, good bones, like the old tile mosaic floors have been cleaned up and re-used. When asked what motif you would call such a look, Calderwood answered "Spare Bohemia"(a term he used for the first time and likes), as well as "utilitarian, but celebrated". The effect, to me at least, is a visually stimulating fusion of modern, industrial, and pre-war. It also has a very "hip" feel. If you know me, I am the antithesis of hip, but the hipness is not intimidating, but warm and welcoming.
The rooms were equally interesting. I took a look at rooms that ranged in price from $219 for a standard room, all the way up to $979 for a herringbone hardwood floored corner loft. While there are standard features in each room like a signature bed-bug repelling eco-friendly mattress with original custom Scottish blankets, every single room is different. Unique furnishings included items like working turntables and Gibson guitars, and no standard furniture aside from the bed and Smeg fridge. Oh yeah, the fridge, what a mini-bar indeed! Aside from the assorted and ample usual product, was a Heineken Mini-keg! Gotta love that and priced at $30 who would think twice? The feel is much more like you getting the keys to a friends place than to staying at a hotel. It's downright homey!
And how about this Alex Calderwood fella? As Alex and I went from room to room, it was evident that this was someone who has an incredible passion about this project as well as an encyclopedic memory of where each individual piece in each room came from. He had an exceptional amount of energy, especially considering that he doesn't drink coffee (although the quality of the "Stumptown Coffee" off the lobby may make him want to reconsider). I asked him where he lives, and ironically, he answered "a soulless glass tower in Chelsea". He moved there out of convenience to be close to The Ace, but is planning another move soon. If there was a neighborhood that best reflected his personality? At first he answered "East Village" but then quickly amended his answer to "downtown". His goal with The Ace Hotel? He'd like it to be "an instant classic" and more importantly fit in as "a thread in the fabric of the city". To that I say, well done!
For more on Ace: Ace Hotel Website
Email Post
Labels: Flatiron/Chelsea South of 34th