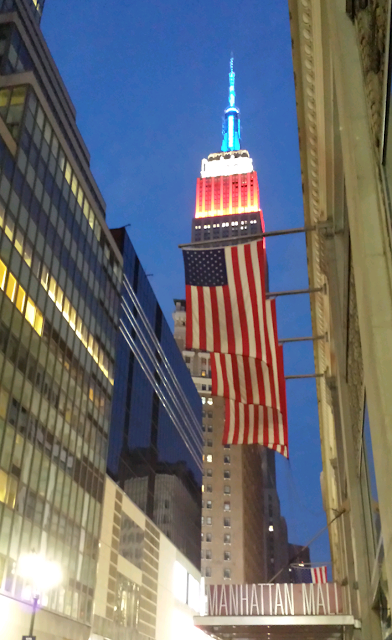 We've heard it over and over in the local and national media from nearly day one of Mayor deBlasio's administration- New York City is falling into a state of chaos and lawlessness. Just in the past week, I have seen such assertions on Meet The Press, Morning Joe, in the New York Post from the likes of Chris Christie (like he should talk, ever heard of Newark or Trenton), Rudy Guiliani, and Joe Scarborough to name a few. The talking points are the same- murders are skyrocketing, we are going back to the "bad old days", it's like the 70's all over again. This is patently false.

Let's get to the facts:

The effort is pretty transparent to locals. This is political. The last thing that the right wing wants or can afford is the success of a clearly left, progressive mayor. While NYC is largely liberal, our media is not. Ruppert Murdoch alone owns the Post, WSJ, Fox 5, and Channel 9. The effort has been obvious from the day deBlasio was sworn into office. Whether his police motorcade ran a red light, a snowplow missed Park Avenue on the UES, or he was late for something, again- we've heard about it. We get it! Yet, I think the media and right wing pundits are crossing the line when they push a narrative, nationally, about crime in New York City which is blatantly false and misleading. The repetitive bashing of NYC will slowly permeate into the national and international conscience. Not everyone will believe it, but it is certain many will. Do we want your average Joe from Wisconsin to reconsider his Christmas vacation to the city because he's 'heard it's getting pretty dangerous'? Is it worth the risk of tanking a $40 Billion dollar tourist industry for political gain? How about the Real Estate Industry? Banking? Tech? Or, for that matter, the circulation and advertising rates in the NY Post?

The "crime wave" narrative is vacuous, wrong, false, and both ethically and morally corrupt. More importantly, it is an assault on the economy of our city. Call New York and our Mayor what you want, but do not throw the prosperity of the entire city under the bus for political gain. Ultimately, rich and poor, liberal and conservative will all pay the price.
Email Post