Ludlow And Orchard, A City Block Frozen In Time 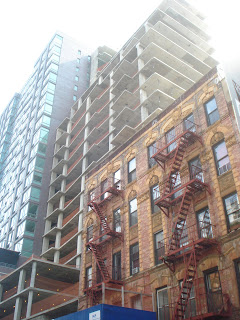 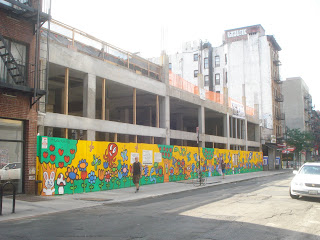 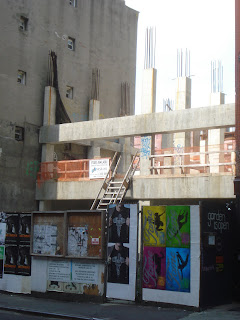 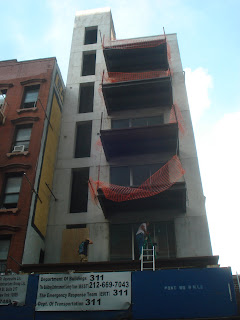 The first half of 2008, wasn't it great? There was the 421-a induced construction boom, people buying apartments based on floor plans, people racing to buy apartments before the next looming condo amendment, fringe neighborhoods were in, and bonuses were still bonuses. Ahhh, good times my friends, good times! If you liked life at the peak, there is a city block bordered by Houston and Stanton, and Ludlow and Orchard which is preserved in time like a dinosaur in a tar pit. Now, you have to use your imagination and ignore the rust on the rebar, the yellowing and decay of posted permits, and the weeds in the cleared lots, but in that location you can easily turn back the clock several quarters and relive the boom times. Perhaps the entire block should stay that way forever, as a monument to the crash, when all the banks balked, an arrested development museum of sorts.
Email Post
Labels: South of 34th