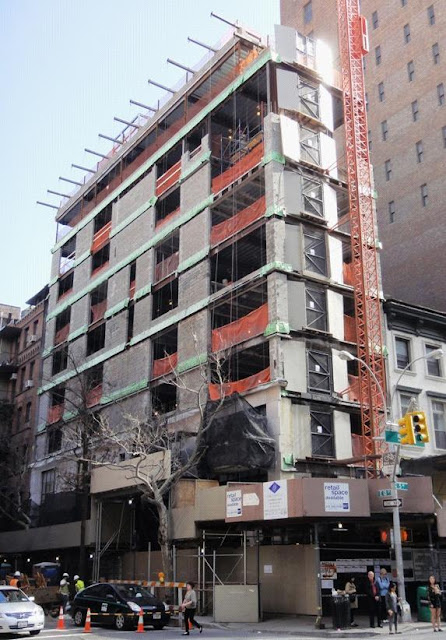 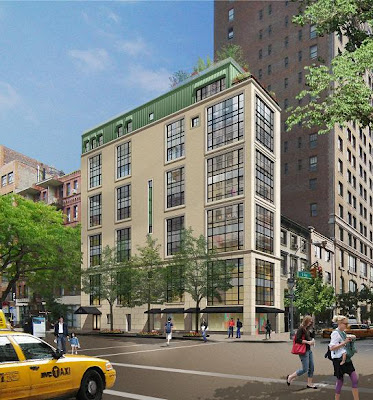 ﻿﻿﻿It has been a while since we looked at the future 10 story condo at the site of the old Schrafft's Building at 61 Fifth Avenue. Lo and behold, it has topped! Little information is available on the building which had a stop work order that slowed things down a couple of years back. Originally it was to be completed "Summer 2011", but let's say they are running just a little late! The 2500 sf lot will house ground floor retail, 3 duplex apartments of approximately 5000sf each and a triplex penthouse with a guesstimated 7000sf interior and a 500sf wrap terrace. As you can see from both the rendering and the reality, the building, by architect Alta Indelman, will be tastefully clad in limestone and the windows look to be inspired by the building that proceeded it..No broker or date of opening for sales has been announced, which means, of course, they can feel free to look me up!