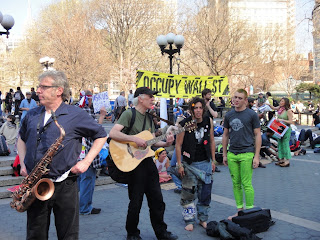 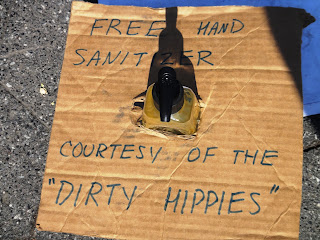 Early Sunday morning after 500 Occupy Wall Street protesters were forcibly removed from Zuccotti Park in Lower Manhattan (dozens were arrested), a merry 20 or 30 marched up to Union Square in hopes of finding a new home. For now, it seems, a new home it is.Yesterday their numbers swelled to 75 in the afternoon and 150 at night, and this morning 20-30 have survived another night with minimal harassment.
As far as the Union Square occupation goes, it seems that the police have decided to take a wait and see attitude. And why not? There are not many of them, and they do seem to blend in with the more eclectic crowd of Union Square. In fact, they are probably outnumbered by the methadone zombies alone! The police are in a bit of a catch-22. If they decide to forcibly remove the protesters, arrests and potential violence only brings more attention and more protesters. On the other hand, if they let the protesters stay, it may lead to yet more protesters. Hence the stalemate.

It is interesting to contrast the originating crowds of Zuccotti six months ago and the Union Square occupiers of today. At the beginning stages of Zuccotti, there was a broad cross-section of activists. Despite being branded by opponents and the media as "dirty hippies", they were from around the city and around the country, employed and unemployed, young and old, and overall, quite diverse. Sadly, the new occupiers of Union Square resemble a movement "reduced" like a pot of soup that was accidentally left on the stove for too long. Most of the die-hards are, in fact, homeless early 20-somethings. One I spoke to is homeless by choice, having the comfort of family in New Jersey. He decried the lack of decent paying jobs and complained that the government-sponsored jobs program he was enrolled in only sent him to minimum wage paying jobs. While I will readily admit that I am sympathetic to concerns about high health care and housing costs and to discomfort with the expanding income gap between haves and have-nots, I cannot resist pointing out who is now making the argument. These 20-somethings, largely, have not even tried Capitalism yet! They are what I term "Generation Why", as in "why do I have to actually work to make money"? As a former employer, I encountered many of "Generation Why" and they are an entitled set. They simply do not understand that to make it in this country, you have to pay your dues and work your way up. You do not graduate high school or college and instantly get handed a pile of money. That is just not the way it works. As far as the Union Square set goes, I think they would have far more staying power and credibility if they were the more diverse group that originated at Zuccotti Park.

So, does OWS 2.0 Union Square grow and multiply? Given that the "reduced" crowd is largely a bunch of slackers, I doubt it. 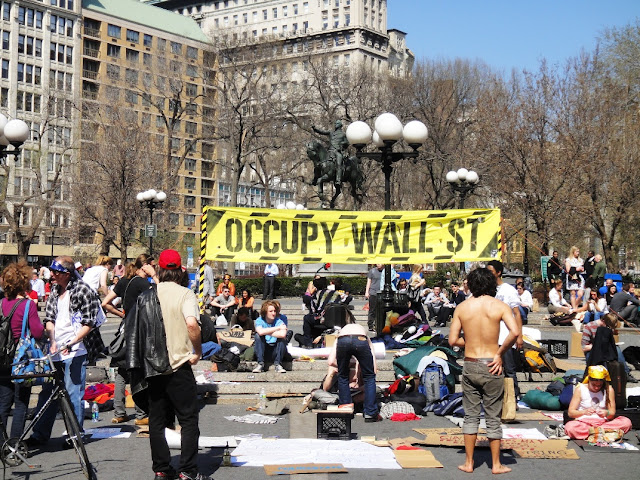