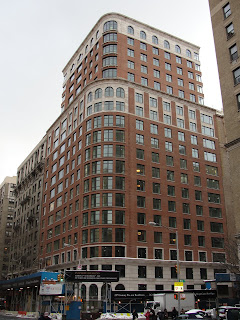 I just can't give enough credit to Extell Development over the past few years. Here is yet another shining example, 535 West End Avenue. Not only has this attempt at "21st Century Prewar" hit the nail on the head as it seamlessly fits in to its environs, only Extell can pull of an average of $2600 per square foot in a weak market. A true achievement in many ways. Hey, it's not too late to grab a piece of the action for yourself, 10 of the 22 half and full floor apartments remain, starting at a mere $8.5 Million.
Email Post