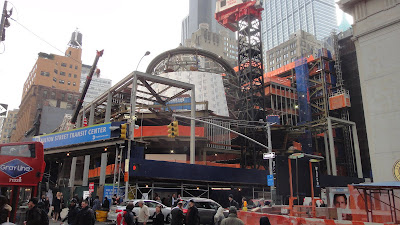 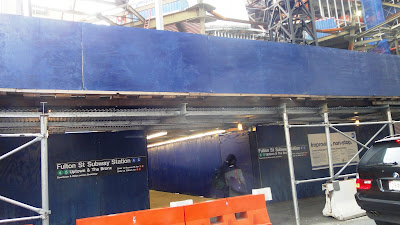 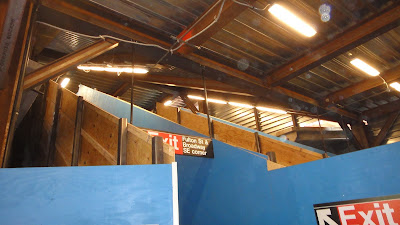 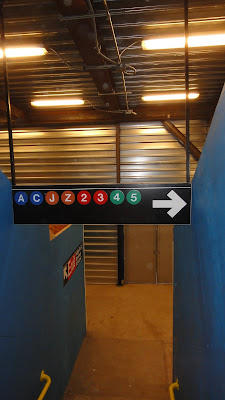 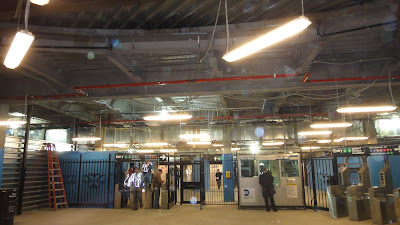 At first glance from Fulton Street it looks like a twisted, chaotic hunk of steel. And it is. The Fulton Street Transit Center, the on again/off again $1.4 Billion project to simplify the connections between the 2,3,4,5,N,R,J,Z,A,C and E trains, is finally open! I am not saying complete by any means, that is "expected" by 2014, and as everyone familiar with the history of such projects in the city knows, it will almost certainly be later, if it happens at all. However, as of a few days ago, you can actually access 8 of the trains from an entrance underneath the behemoth of a construction site overhead. The entrance is on Broadway between Fulton and John and it brings you into the actual Transit Center while it is being built around you. Can't wait until they let the light in and finally get this thing finished.
MTA Transit Center Updates (MTA)
Fulton Street Transit Center (Wiki)
Email Post
Labels: FiDi/BPC