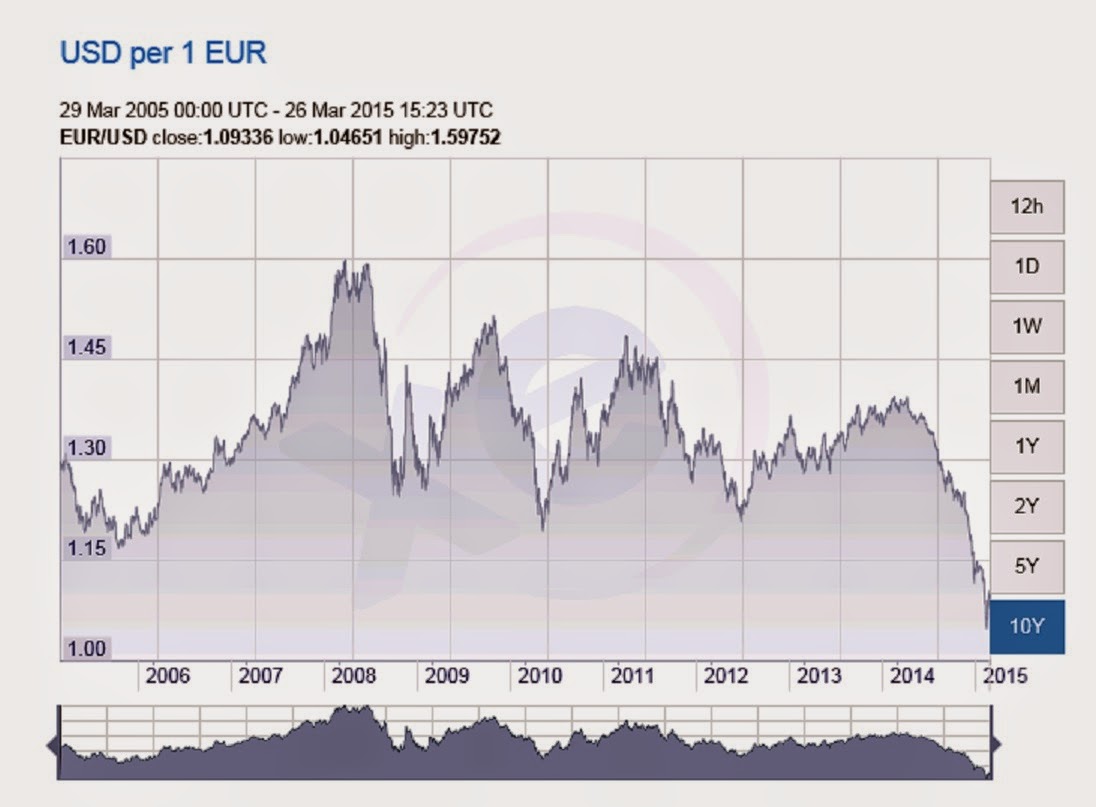 Russia is in disarray, China is slowing, and Europe has been a basket case since the Great Recession. The one thing these regions have in common is that they have all been big investors in New York City real estate for the past decade. One major difference between now, and the last 10 years is that the US Dollar is the strongest that it has been since 2003. The difference is extreme. The dollar has rallied nearly 30% in the past 12 months. Between 2006 and 2014, the Dollar ranged between $1.20 to $1.59 per Euro, but on average was around $1.40 or 30% weaker than it is today. So, if you are a foreign investor in New York City real estate, without price appreciation, you are up on average 30% if you bought any time in the past 9 years. Add in price appreciation, which widely varies, but is almost universally positive, and you have some staggering returns! Those returns are even more substantial if you managed to use leverage (a mortgage) in the process. So, what is to stop foreign investors from shaking their New York City real estate piggy banks? Let's take a look at a couple of scenarios:

Under either scenario, the profit is tidy. What would stop the foreign investor from selling? Some ideas:
- Capital Gains Tax
- Possibility that the dollar rallies further with Fed increasing rates later in 2015
- Possibility of losing future appreciation in the NYC market
- The US as safe haven, concerns that Europe, Russia, China economies worsen


All things considered, New York City will likely remain an attractive investment regardless of currency trade. The chances of net outflow of foreign real estate investment is highly unlikely. However, if you happen to be an oil baron from overseas and times are tough, you can bet that the NYC piggy bank has to look awfully tempting.
Email Post
Labels: Economy