Extell and de Portzamparc's One57 Gets Glassed! 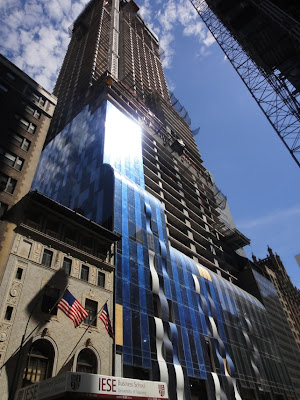 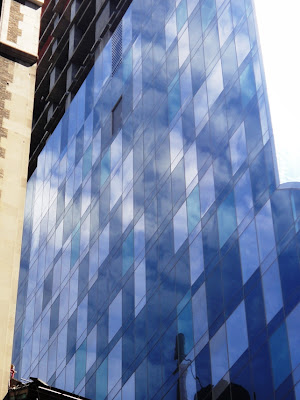 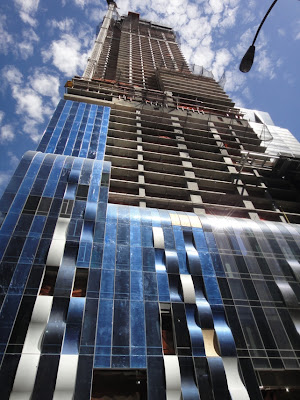 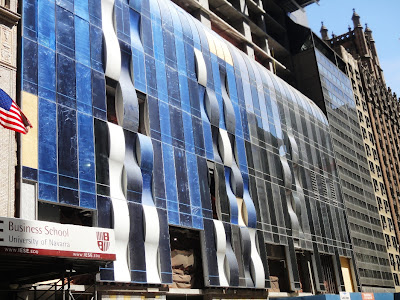 To look straight up at this massive skyscraper is dizzying! The blue skies and passing clouds mimic the glass now beginning to fill Christian de Portzamparc's skyline altering combination hotel/condo tower. Now at approximately 60 stories, the tower, which is clearly visible from nearly any point in Central Park, is only two-thirds of the way to its 90 story peak. Eventually at 1000 feet, this is soon to be New York's tallest residential tower. The project, known as One57, is commanding and apparently getting a sky high $6000 per square foot. Among the offerings, the 10,923sf penthouse at $110 Million, as well as between 94 and 134 other units (depending on who you source). The Park Hyatt will operate a 210 room hotel on the base floors. What a sight!
An Abundance of Curbed Coverage (Curbed)
Lap of Luxury, One57's Cheapest Apartment $7.35Mil. (Sheftell/NYDN)
Could a $110 Million Penthouse Be a Billionaire's Bargain? (Forbes)
Email Post
Labels: Midtown West