13 Of The Oldest Bars On The Upper East Side

Tracking down the oldest bar on the Upper East Side is no easy task! State records are incomplete. Most of the oldest bars in NYC have no record of the original liquor license date. Prohibition erased history, shuttered bars and provided a gap in history and a new starting date for record keeping; that being 1933. Despite all of these obstacles, I have assembled a sure to be incomplete list of the oldest watering holes on the Upper East Side. I am not including private clubs, like Harmonie Club, first licensed in 1933. What fun is it if you can't step back in time and wet your whistle at some of the oldest and best watering holes for yourself without a membership? 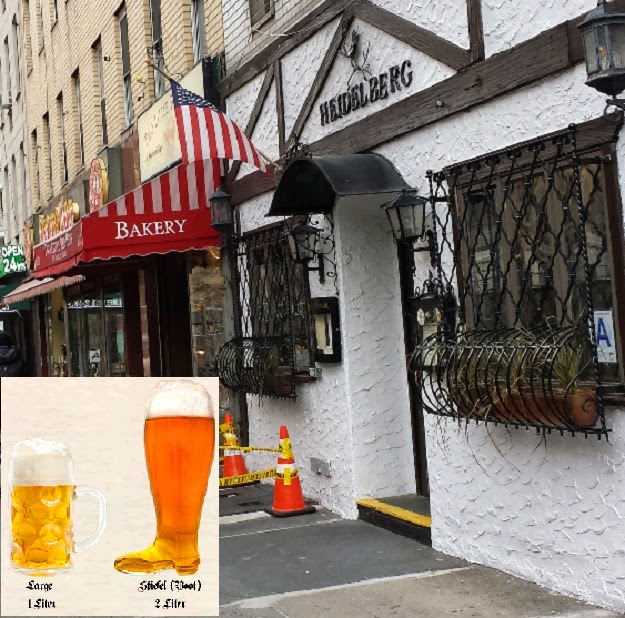 1. Heidelberg Restaurant- 1936
It seems when you are talking old Germantown Era Yorkville, no discussion is complete without mentioning the good old Heidelberg. Where else in New York can you drink fine (high octane) German import draft out of a 2 liter boot served by a barmaid in traditional dirndl? Easy answer- nowhere! 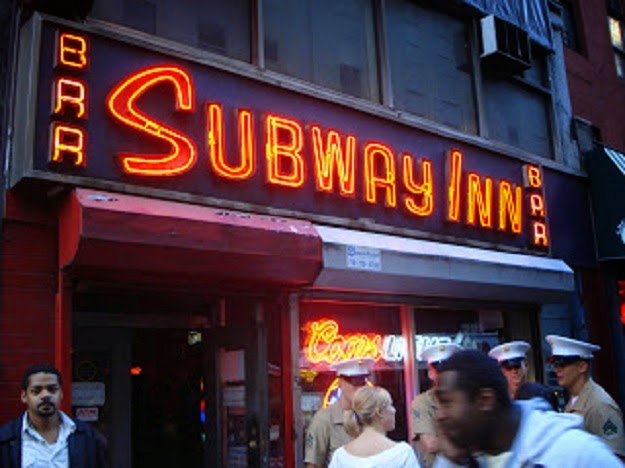 2. Subway Inn- 1937 (honorable mention)
Ok, it's gone, really gone, and that in itself is very, very sad. But like a phoenix it is rising from the ashes! Subway Inn has taken every gritty booth, fixture, the neon sign, etc and is currently building a complete replica just two blocks away. While the new Subway Inn will sure to be missing decades of tar stain, its reemergence is eagerly awaited. 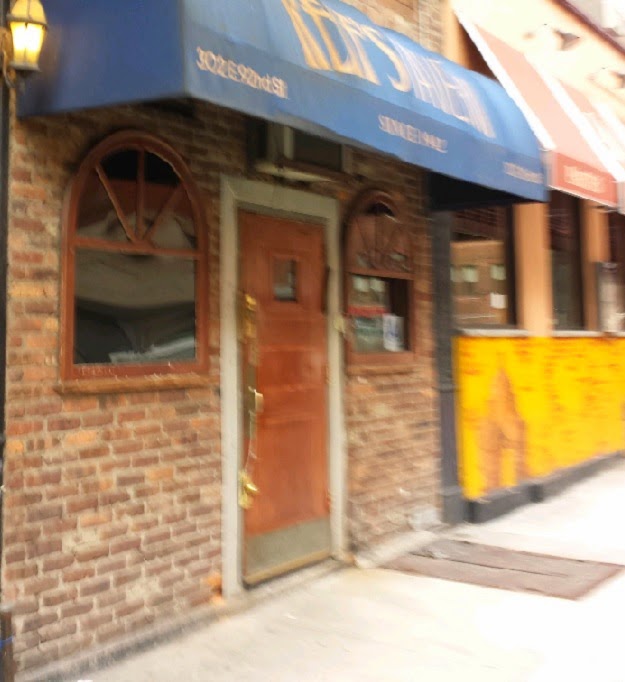 3. Reif's Tavern- 1942
Want to see what a bar looked like in the 1940's? This would probably be your place. In the family for generations, and a stalwart survivor of the Great 2nd Avenue Subway Plague, Reif's is a neighborhood favorite. Just off Second Avenue on 92nd Street, many would have no clue it even exists, but the loyal and eclectic regulars swear by this NYC classic. Extra credit for tons of wood paneling.


4- Bemelman's- 1947
Situated on the street level of the Carlyle Hotel. I initially considered excluding hotel bars, but this bar screams old school New York. Named in honor of the creator of the children's book series Madeline and artist for the likes of The New Yorker, Ludwig Bemelman's artwork whimsically adorns the entire establishment with scenes from Central Park, the zoo, and Madeline herself. According to the hotel's website, rather than be paid for his work, the artist took 18 months of lodging for he and his family in exchange for his work.


5. Donohue's Steak House- 1950
As the gold leaf script sign in the window attests, this Irish classic and true survivor on Lex has been here since 1950. Little has changed. While branded a steak house, the real attraction is the long Art Deco Bar and well preserved relics like the wooden phone booth in the corner. There are leather booths in the back for standard uncomplicated fare like steak, chops, and fish fillets. If Manhattans and Cosmos are your thing, this bar will take you back to a more romantic time. Village Voice claims this establishment will take you back to the "Mad Men era." 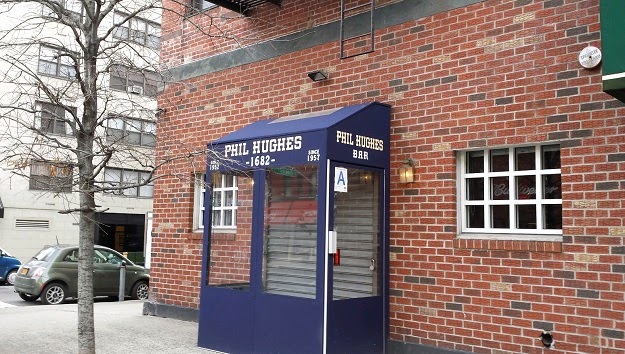 6. Phil Hughes- 1958
A simple red brick exterior and small sign above the door make you question whether this is a bar or a social club. It is the type of place where you might glance in and figure you better not go inside for fear of getting your ass kicked. But have some courage and you will find a warm, though somewhat worn, neighborhood pub with great specials and a diverse local crowd. Trends come and go, Phil Hughes, isn't going anywhere!


7. Carlow East- 1962, formerly McGraff and O'Neil's dating back to 1940's
Oh, Carlow, what can I say? A good, old fashioned, neighborhood Irish Pub! It's been around since 1962, but Pubs have stood in this spot since the 1940's or earlier. Real long bar, pool table in back, and thanks in part to an allegiance to the Seattle Seahawks, plenty of TVs and tons of customers on football Sundays. Known to Seattle folk as the "Hawk Bar", Carlow offers much more. When the birds are not nesting here you get a good neighborhood crowd and a clean, timeless New York setting.


8. Dorrian's Red Hand- 1960, formerly McGarrigle's Red Hand
Alright, I'll admit it, I used to hang out here in the old "Preppie Murder" days in the 1980's. There are many related stories, but what impresses me with this pub is its staying power. This bar is a rock, and clearly immune to the Great Second Avenue Subway Plague. Nice corner space with well worn bar, dining area and enclosed wrap around extension, this is a bar where you can come to party, or come to have a quiet conversation. The mix of crowd spans all ages with one common bond, the bar itself.

9- Brady's- 1962
In many ways similar to Phil Hughes, but slightly less intimidating. Small corner bar that has stood the test of time. Respectfully changes its name to "Manning's" whenever the NY Giants are in the Super Bowl. That, I like! 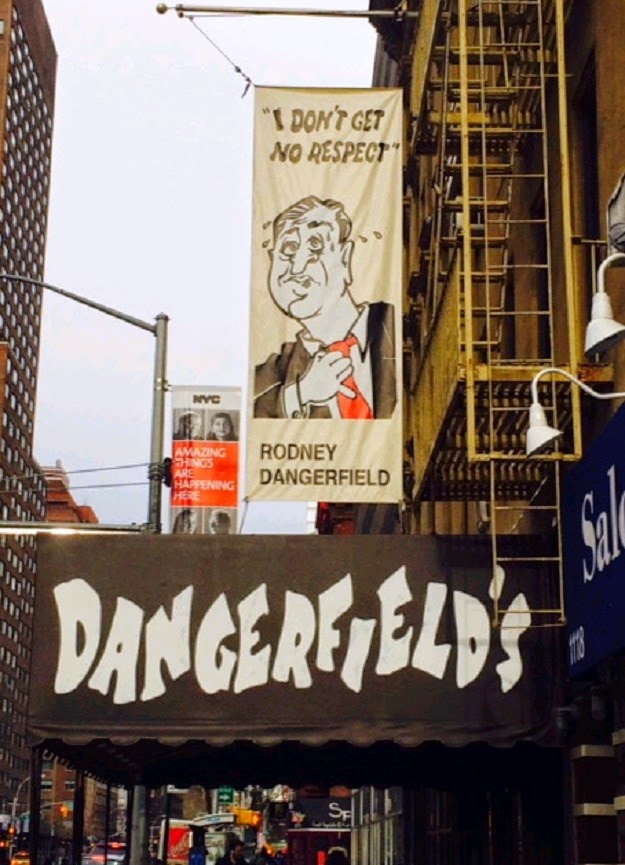 10- Dangerfield's- 1969
More comedy club than bar, but with a pricey 2 drink minimum they sure want you to drink! If you are looking for throwback New York, this venue is a must! Dim lighting, red velvet, table lamp shades covered with years of graffiti, and quality comedy acts. Hasn't changed in the 30 years I've been going there. In this case, I give Rodney Dangerfield mad respect! 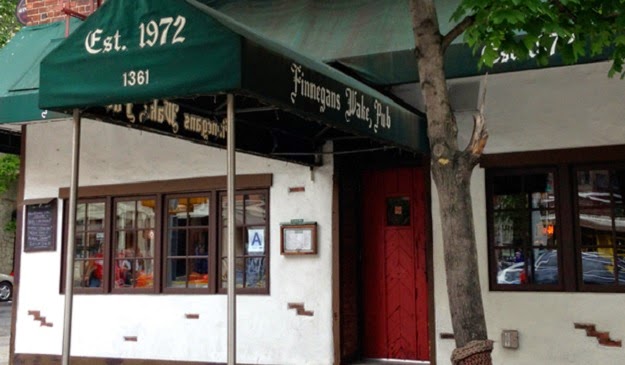 11- Finnegan's Wake- 1972
Standard Irish fare. This bar seems like it has been here forever, and if you are younger than I am, for you it has been. Did you here that a tree fell from across the street a couple weeks back and hit the bartender from Finnegan's in front of the pub. He survived, lucky guy!

12- Rathbone's- 1974
Another neighborhood stalwart- everyone I know who goes there has been going there forever! Named for and by the founder, British actor Basil Rathbone, who played Sherlock Holmes in 14 films during the 1930's and 1940's. Otherwise by all other appearances an Irish Pub. The Guinness flows and Irish Flags and green checked table clothes adorn this establishment. Another homey feeling pub good for both drink and food that the regulars swear by.


13- Trinity Pub- 1995, dates back to "Schubert Hall", 1940's (honorable mention)
This small and intimate Pub on 84th Street between 2nd and 3rd Avenues is about to turn 20, but gets an honorable mention with lineage dating back to at least the early 1940's as Germantown's Schubert Hall. Also know as "Sidestreets" in the 70's and 80's. Despite renovation the space bears a striking resemblance to the way it looked 70 years ago although the bartenders are a tad younger. A great local, size is conducive to conversation.

That's all folks! If you have pubs to add to the list just shoot me a message on Twitter @AFineBlogger.
Email Post
Labels: Upper East Side