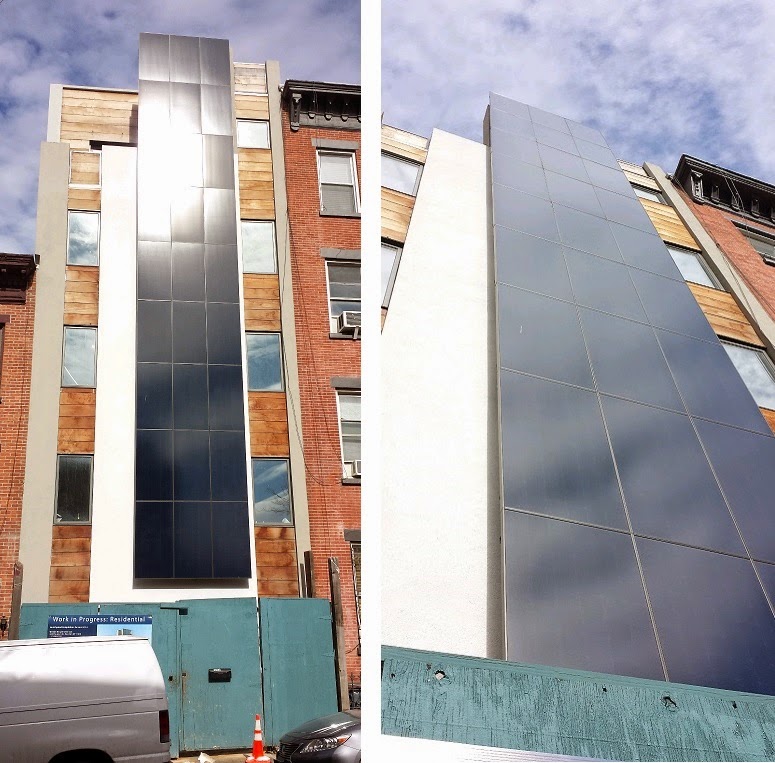 This building at 443 Bergen Street in Park Slope certainly catches the eye! Most obvious with this passive green home are the 27 solar panels on the face of the building which are intended to provide 6200 Kw of clean energy. But, does anyone in the neighborhood want them? Have they actually been approved? The building has been more or less stalled for two years now, mired in complaints (cranky neighbors possibly), violations, and currently under a partial stop work order. The last permit I can find that mentions the panels was disapproved on New Year's Eve, 2012.

You would have to conclude that despite the builder's altruistic intentions, the city and the neighbors are saying thanks but no thanks! The building doesn't look that bad, despite the questionable lack of windows. It has a Scandinavian style sleekness. However, the reflection from those panels seems a bit much. The lesson? If you are going solar, until a better material is available, you probably want to keep the panels on the roof.