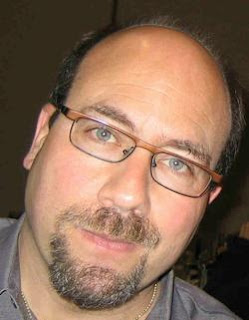 (photo courtesy of pjnet.com)
Today, I start a new series, entitled "13 Questions With", where I will try to track down famous figures and ask them 13 questions which are almost entirely unrelated to their field or fame.
I am privileged to start the series with the world's most famous, self described "customer service agent", Craig Newmark, founder of Craigslist. I've been checking Craig's personal blog for years now, and I have to say, he's taken a decidedly political and admirably liberal turn in his day to day musings. Well, my attempt to get inside Craig's head was somewhat successful and may tell you a little more about what the real Craig is about. Here they are:
1- Favorite movie?
Blade Runner
2. Favorite news source?
Combination: Jon Stewart, Stephen Colbert, NPR, BBC, CNN, Keith Olbermann,NY Times, and very importantly, Huffington Post! (The gf recently accused me of being a "news junkie", and now I see she might be right.)
3. How long ago and where was your last real vacation?
What is "vacation"?
4. Why Barack?
(I'm working on a really good answer, will have it the next two weeks, butanyway...)He's a genuine leader, really inspires people to unite and get stuff done.He's about restoring traditional American values, like fairness and a level playing field, to government, already has specific proposals for that.
5. Your most important political issue?
The problem of "front groups", like swiftboaters, corrupting the political process.
6. Favorite Food?
Korean or Thai.
7. Your opinion of California's marijuana laws?
Really don't have one.
8. Love interest?
In a committed relationship.
9. Starbucks lover or hater?
Mixed feelings. They do good stuff, but have done some unfriendly stuff regarding neighborhood coffee houses, etc.
10. Secrets to maintaining your good health?
hah!
11. All time least favorite domestic political figure?
Decline to state.
12. Favorite political figure?
Ah, favorite would prob be Barack.
13. Top 3 Albums if stranded on a desert island?
Leonard Cohen: The Future, Dear Heather, Ten New Songs, Various Positions, I'm Your Man (yes, that's five).
Thanks Craig!
Email Post