It has been one heck of a year, 2009. We've had plenty of ups and downs and vice versa. We saw titans fall, projects stall, and towers soar. It was a year of big swings in fortune and a test of fortitude. 2009 started with the slowest Quarter in decades and the biggest price drops since the early 90's. We stared the biggest economic collapse in a lifetime right in the eyes, and somehow avoided it. It was a rocky year where the Dow Jones plummeted, and rebounded. Banks faced systemic failure and then came out ahead. Residential real estate froze then quickly thawed with greatly reduced prices. Well, that's just some of what happened, here is a recap of some of the rest: 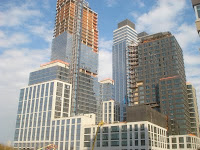 Least Recessionary Neighborhood: Lincoln Square including the Upper West 50's. Early in the year when it looked like the economy was in complete collapse, I could always take a step back in time in this neighborhood. Between the multiple Extell Buildings filling Riverside Boulevard, John Jay College construction, The Kalimian rental tower on 66th, and the numerous new condos and construction between 58th and 61st Street, this area was, and still is, abuzz. There are actual jobs there folks, jobs! 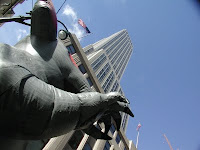 Favorite Diversion: The Rat. Oh yes, the rat! We saw that rat in all shapes and forms this year and even saw the union's favorite blow up pet with a Yankees cap. Hey, they built CitiField union too! I saw the commercials! The rat turned out to be a real internet hit. My favorite shot, left, was taken by contributor Neil Mori.
Biggest Hero This Year: Sully! 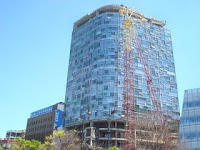 "2nd Favorite Building of the Year": Jean Nouvel's 100 Eleventh Avenue. This building really surprised me. Before they started glassing it up this summer, I though the idea was ill-conceived at best. But then, magic! With it's eight gazzillion panels of glass providing an exceptional dazzle, and multiple hues at night, this building can be branded an instant classic. Gehry's Beekman Tower still takes the cake though. 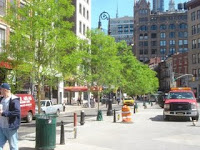 Favorite Park Renovation This Year: Union Square Park. Yes, yes, I know, the High Line was awesome and a game changer, but I work in Union Square, so I am totally biased! Okay, sure, they did a great job on phase one of Washington Square Park too, so both get honorable mentions. However, the north end makeover of Union Square was spectacular. The triple-sized playground is a hit and the Farmer's Market with new pavers, Japanese pagoda trees, and Bishops Crook street lamps, not to mention drainage, was a huge improvement. Speaking of Union

Greatest Lost Fixture In Union Square: Joe Ades, Potato Peeling Pitchman. Ah Joe, rest in piece! Your deep voice with Australian accent that echoed throughout the park will be sorely missed. I was always amazed how many of those peelers you could sell. I was less amazed, but extraordinarily amused when your obituary noted that you lived on Park Avenue and frequented the fanciest of restaurants. The Times noted when asked what he did for a living, he'd bluntly respond "I sell potato peelers on the street for $5", and people didn't believe him. 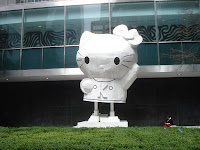 Oddest Resident On Park Avenue: Hello Kitty. It was supposed to be a limited installation (ending 9/08), but apparently nobody had the heart to tell Hello Kitty, or perhaps they just decided that they liked her. Whatever the case, last I looked, she was still there.

Biggest Bust: Stuy Town. That one was easy! One of the biggest real estate loans ever and it is on the edge of catastrophic implosion. Second place: The Emirate of Dubai and any number of highly leveraged developers who hit the skids big this year.
Best Fed Moment: March 18th. Stepped into markets to by mortgage-backed securities and drove down mortgage rates by 16% in 24 hours. 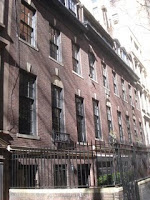 Biggest Thing To Happen To The Upper East Side: Madonna! Ah, the material girl, such a trend setter! Despite being poo-pooed by a bunch of whiny brokers who were probably bitter about not making the sale, Madge made the big move East, gasp, East of Lex in the 80's. And alas, people thought Madonna overpaid for the triple wide 12,000 sq ft mansion at $48 Mil., but, the woman knows business; it was later revealed that she paid $32 Mil., considered a bargain to many. Welcome to the hood!
Most Annoying "Improvement": The Pedestrian Mall At Times Square.
Slowest Project Ever: 2nd Avenue Subway. 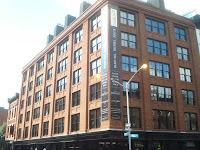 Best New Development That Actually Fits In With Surroundings: 211 Elizabeth. Neighbors are thrilled. The Peter Manning-lead effort on Elizabeth and Spring looks like it has been there for a century, but it is all brand new. The gorgeous red brick condo is both in style and scale a perfect fit with it's surroundings. The inside is just as nice with unheard of features like actual wood windowsills! 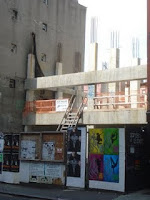 Time Stood Still- Ludlow and Orchard. Absolutely nothing happened on this block with 4 frozen developments all within yards of each other. This area resembles something out of a made-for-tv disaster flick. One of the projects, The Ludlow Hotel, announced plans to convert the 170 room future hotel to rental studio that would be stabilized and rent for $1200-$1300/mo.. I'll believe it when I see it.
Trend That Never Caught On In Manhattan: Residential Foreclosures. Sure, Eastern Queens and Brooklyn took a mighty smack, but foreclosures in Manhattan never took off. Maybe those annoying board packages and actually having to put real money down has paid off.

Best Save Of A Historic Diner Despite Moving Out West And Almost Completely Disintegrating: Moondance Diner. So it's in Wyoming now and not at the mouth of the Holland Tunnel! It's just nice to see something get preserved in this day and age!

Well, that's it. Wishing everyone a fantastic 2010! See you then.
Email Post
Labels: General