Bonus Money Heading To The Hamptons? 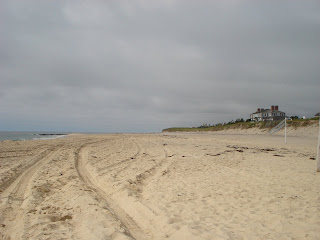 Dan Dorfman reports in today's New York Sun that record Wall Street bonuses may have a positive impact on Hamptons real estate prices and volume. Mr. Dorfman cites numbers from the Suffolk Research Center which show that the median price of Hamptons real estate is up 14% to $717,000 from $625,000 a year ago. This is a far cry from the rapid deterioration of the national market. Median prices can be tricky however, as more and more multi-million dollar deals are transacted out East.
What makes the Hamptons market so special? It seems to be combination of several factors similar to New York. First, The Hamptons are an internationally regarded playground for the rich and famous, so again, we see foreign buyers increasing market share and taking full advantage of the cheap dollar. Second, domestically, income disparity continues to grow and the very high end seems to feel little of the recent ills of the country at large. In other words, the multi-millionaires and billionaires are doing just fine, thanks. Third, the Hamptons are experiencing a phenomena that made Manhattan special long ago- lack of space. There is very little buildable space left in towns like East Hampton and Southampton, especially in light of the fact that so many areas have seen zoning restrictions in the past 25 years that have greatly increased the amount of acreage needed to build. Finally- the baby boomer factor. The Hamptons, which used to basically close up shop after labor day, are quickly becoming year round communities, and many that have spent wondrous summers out there are aging and opting to retire there.
To be sure of the "trend", I have spoken with a couple of my contacts out East and they do report that volume has picked up just recently and new inventory coming on the market has dropped. While I am hearing that prices have not increased out there, many brokers are calling a bottom. With slipping inventory and higher volume, it would seem that in the least, a short term bottom may have been reached.
Street Bonuses Support Hamptons Rush (NY Sun)
Email Post
Labels: Hamptons