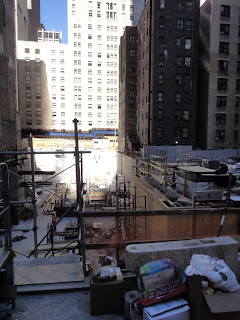 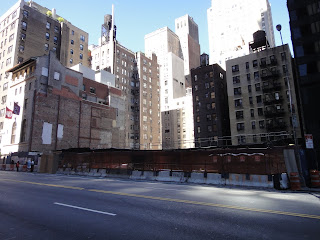 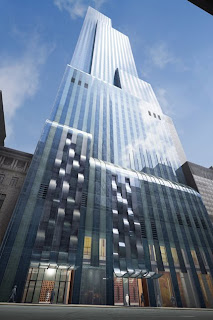 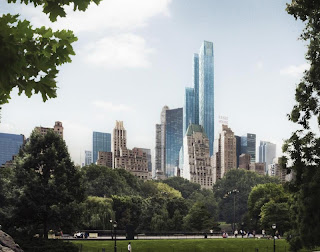 Shots taken this weekend reveal that Extell's future 73 story, 953 foot (1005ft by other sources) Park Hyatt Hotel and Condo (a.k.a. Carnegie 57) seems to be finally breaking ground level, at least on the East Side. The building, designed by Starchitect Christian de Portzamparc, will lay claim to the title of tallest residential tower in NYC. The project was supposed to break ground level earlier this summer, but it was reported that Extell was in talks with the investment arm of the Abu Dhabi government regarding funding. Extell contends that if it had to, it could finance the project on it's own, but that wasn't preferable. Given the lack of construction crane on site, perhaps those talks are ongoing. However, it does appear that some progress on the site has been made over the summer.
More:
Extell Has French Kiss For de Portzamparc (Archpaper 6/2010)
Carnegie 57 Thread (Wired)
All Things Carnegie 57 (Curbed)
Email Post
Labels: Midtown West