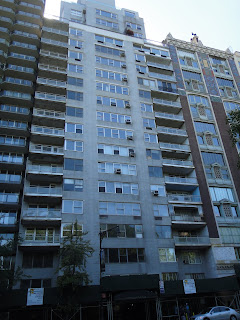 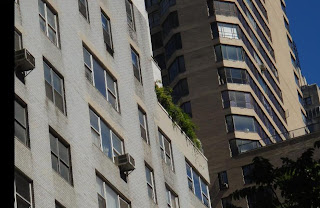 Having had a client interested in an exceptionally priced park view apartment at 230 Central Park South recently, I have been compelled to get the latest on various developments in the area. 230 Sits right next to 220 CPS, a nearly abandoned rental building that has been cleared of most tenants with plans for a 41 (possibly 48) story new condo built by Clarett Group and Vornado Realty Trust and designed by SLCE architects. On inspecting the site last week, I counted what looked like at least 8 to 10 holdouts including one who is clearly having difficulty parting with a lush, south-facing terrace. I spoke with a building employee (who shall remain anonymous) and he confirmed that there were still holdouts and that 'they aren't going anywhere' and that the 'landlord has to settle with them to get them out'. Well, that really goes without saying, tenants have been in litigation since 2006, and although there have been hints that the developers are hitting the final stretch, a long stretch it is. 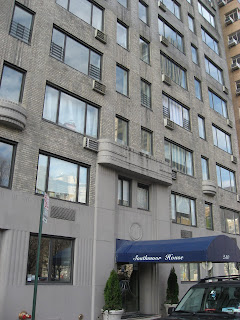 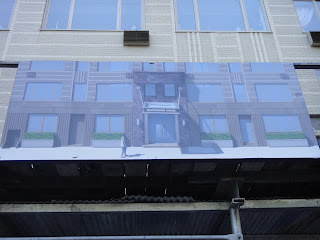 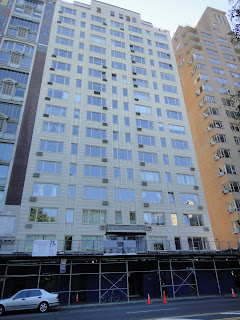 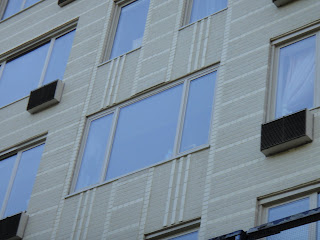 Two doors down at 230 CPS, aka The Southmoor House, is completing a face lift. The Art Deco building, built in 1937 has adopted a stripe pattern (the Kalahari it isn't) and a restored entrance.
Email Post
Labels: Midtown West