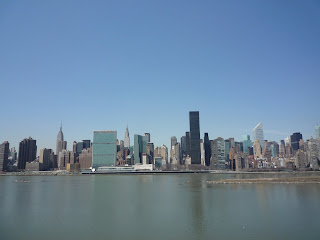 View West From "The View" 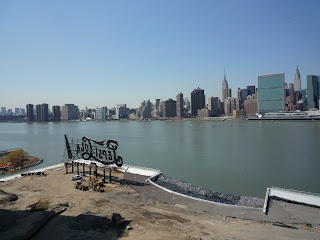 SouthWest View From "The View" 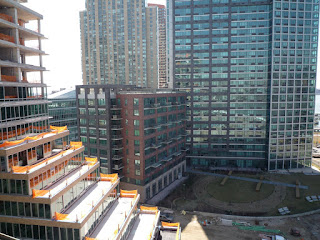 From The North wing looking back to amazing terraces

“The View”, Rockrose Development’s long awaited condo on the water in LIC, finally came into sight last week with both a story broken by LIQCity.com and an official debut at yesterday’s New York Observer’s Condo Showcase at The Puck Building. While there has been much talk about the building all of a sudden, there are so many misconceptions and factual inaccuracies going around, I figured that I may as well set the record straight. I have followed the building for quite some time and have been privy to several details, but have been sworn to secrecy until the information hit the general public. So, now is my chance to weigh in and set the record straight. Here are some of the inaccuracies floating around:
“Starting at $1100 per square foot”. Wrong. Prices for “The View”, for now at least, start just below $1000 per square foot. While the average may be at or above $1100 per square foot, none of the prices quoted take into account the outdoor space. Two-Thirds of the units will have outdoor space ranging from 64sf-1500sf. If you factor in outdoor space (usually counted as worth about 50% that of indoor space), the price per square foot comes down significantly.
“At starting prices, I won’t get a view”. Wrong again. The building was configured in a very clever way to give every apartment South, North, or Western views. The back of the building (facing East) is a windowed hallway. The only units with any Eastern exposure are corner units that extend the length of the building and also have direct West exposure as well as either North or South exposure.
“There is no parking”. Wrong. There is a 900 spot parking garage across the street, and the current plan is to offer “The View” residents parking for $200/month.
“There is no supermarket”. True. However, a 20,000 square foot market run by Amish Markets is set to open next door this summer. There will also be a Duane Reade and an Asian Fusion restaurant in addition to the already existing wine shop in the complex.
Here are a couple more morsels which nobody has discussed to date:
-There will be a 19 year tax abatement.
-At the end of 19 years, the building, on a land lease, has the option to buy the land for $1.
-Common charges come in at a reasonable average of 79 cents per square foot monthly.
I have one more breaker here. While the building was set to be open for sales in mid-April, that has been pushed back a month, and the current target for completion has been pushed from November to January 09’.
Considering that the reason most people look at LIC is a view, “The View” delivers in style.
Email Post
Labels: Long Island City