I Hope This Is Not A Trend: Empty Storefront Turns Into Billboard 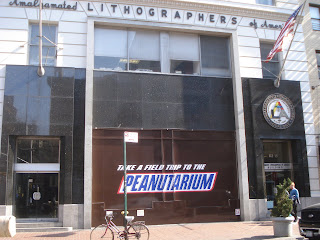 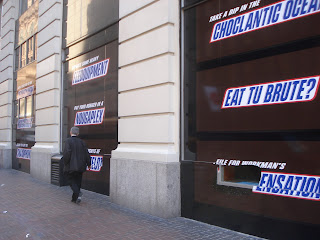 I hope this is not a trend, but I have the sneaking suspicion that it is. This empty store, at 113-115 University, has been converted into a de facto billboard. I think it is one thing to advertise the product you are selling in your store, and if it's vacant, it's fair to have a sign (even a huge one) to advertise that the space is for rent, but just plain advertising plastering store windows is unsightly and distasteful. I much prefer Thor Equities' Gordon Novelty Cover-Up.

Is it just me, or should there be some sort of law against this?

Update: My friend, Crappy, from Queens Crap (a super prolific blogger), has pointed out that Public Ad Campaign posted a story on the retail shrink rap ads/ de facto billboards last week. Not only that, they reported it to the D.O.B. (http://a810-bisweb.nyc.gov/bisweb/OverviewForComplaintServlet?requestid=2&vlcompdetlkey=0001146238). Unfortunately, the D.OB. inspected and did not issue a violation. So, I guess the answer to my earlier question is "yes, there should be a law against this." Let's nip this in the bud!
Email Post
Labels: General