Madonna's Purported Purchase Is On A Nice Block! 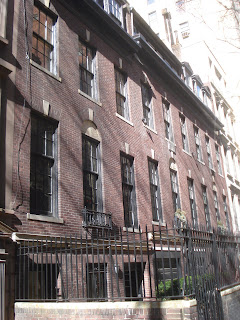 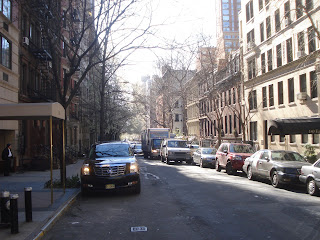 I took a walk down East 81st Street today, the much maligned block of Madonna's purported purchase of a 57' Georgian townhouse for $40 Million. Who you ask and who is maligning should be taken into careful consideration. According to an article in this week's Observer, upper-crustic brokers described the location with "unparalleled meanness". According to unconfirmed reports in that article, she was supposedly told by Wendy Maitland (long associated with Madge) how "ugly the block was".

While I take 3rd party hearsay with a grain of salt, I beg to differ. If these unnamed brokers actually walked the block they would find a delightful tree lined street of prewar doorman buildings, townhouses, and just one of two tenements that could be found on any random block between Fifth and Park. The block is low traffic, unlike 79th, 84th, 85th and 86th which are access points to and from Central Park. Low traffic also means less noise. I'd rather live on this street east of Lex than any of those aforementioned streets west of Lex, or Park for that matter. Speaking of West of Lex, 81st Street between 3rd and Lex is clearly much more desirable than 81st between Park and Lex. That block is dominated by a terribly unsightly (visualize my pinkie in the air) post war, gasp, albatross of a building.

The material girl has clearly picked a practical home (the 2 garages, 13 bedrooms, 9 fireplaces and 3000 sf garden don't hurt) on a beautiful block. Besides, Eli's is just a block away, why make your servants schlep all the way from Fifth?
Email Post
Labels: Upper East Side