Satisfaction At CitiField, Shake Shake In 5 Mins, Beer List Too! 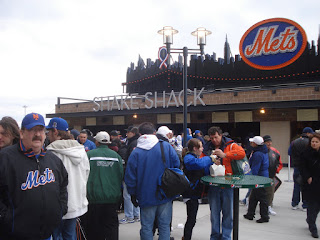 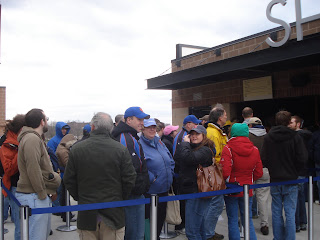 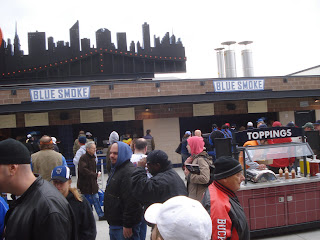 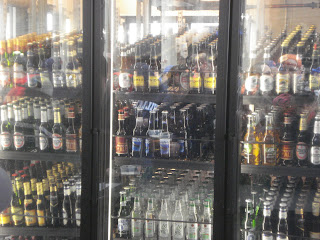 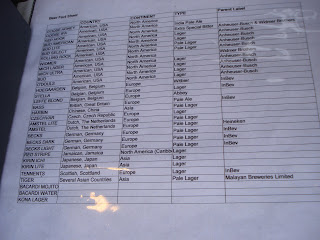 What a concept- great food at a ballpark! It was rave reviews all around at the new home of the Mets, CitiField.

After making a quick tour of the Jackie Robinson Rotunda and viewing the field, I made a b-line for the Shake Shack in center field. Of course, there was a line, but with so many options, including Danny Meyer's "Blue Smoke" and "Taqueria", the "Catch Of The Day" with lobster rolls, and a sausage stand (and this is just center field), it was a mere 5 minutes or so wait for a shack burger. In the world of Shack Burgers this is near instant gratification! And, the burger did not disappoint. From the first bite there was no doubt that this was indeed an authentic Shack Burger. Makes you want to run out to Citifield just for good eats. Next time I think I'll starve myself for a day, so I can pig out and try 2 or 3 of the offerings at once.

I was also impressed by the wide selection of beers. At one stand near Blue Smoke, there was a beer stand with a beer list with brands ranging from Kirin, Red Stripe, and Stella to Hoegaarden, Czechvar and Leffe Blond. Now, if you are going to pay $7.50 for a beer, it might as well be a good one.

The one downside here is that if I plan to start going to more Mets games, and it is more likely with such great food, I better start working out!
Email Post
Labels: General