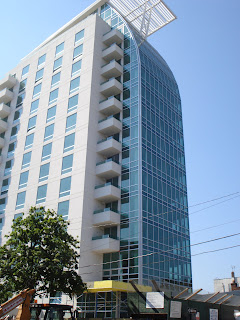 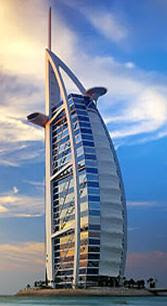 While it's not the exactly the Burj Al Arab Hotel in Dubai, it's appearance a few blocks north of the Queensboro Bridge is nearly as striking considering what surrounds it. What is the 13 story+ structure jutting from 39th Avenue and 29th street in LIC? That is a question that I just had to answer for myself after being asked several times recently. The answer? It is a 137 room Holiday Inn which is expected to open next month or the month after depending on who you ask. It certainly stands out with clean exterior, abundant terraces, and unusual curved west facade. According to the best dressed man on site, suites may run as high as $600/night. Just to the east, a second site has foundation in ground in what is owned by Indigo Hotels. So, don't be surprised if the mini-Burj of LIC quickly gets a neighbor.
InterContinental Hotels Group Website With Details
Email Post
Labels: Long Island City