Could The Corporate Stadium Sponsorship Curse Be Back? 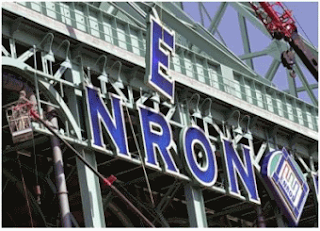 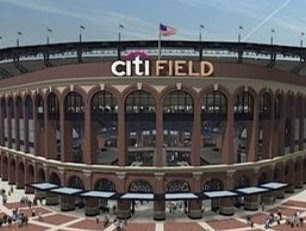 It was a sign of the times. Excessive and overconfident corporations during the late 1990's and early 2000's that made a big splash, spending big money to have stadiums and arenas named after them. The corporations came from the internet field, telecommunications, and energy. Many of them went bust within months of a game actually being played in their new namesakes. This was one heck of a trend 6-8 years ago. Could history be repeating itself?

In 2001 the home of the Patriots was named for the internet company, CMGI, but before a game was even played there the company went kaput, bankrupt in 2002. Same for the Tennessee Titan's sponsor, Adelphia and the Adelphia Colesium, the communications company went bankrupt in 2002. The Baltimore Ravens sponsor suffered the same fate, remember PSInet? R.I.P.. And, of course, the most infamous of them all, Enron Field, home of the Houston Astros. We all know what happened there.

Corporate sponsorships have continued. Sure, after the excesses of the internet bubble, things calmed down for a few years, but now stadiums are commanding more money than ever for corporate sponsorships. The big suitors with the big money this go around? The banks. Oh, the irony!

Just 2 years ago, Citigroup paid $400 Million for the naming rights for the new home of The New York Mets. Since then, the stock is down over 80% and the workforce has been slashed better than 20%. Barclay's Bank made a similar deal for the naming rights to the Nets proposed home in Brooklyn. Since the announcement in January the stock has gone from $40 to $9. And there are many more from the TD Bank North Garden in Boston, M&T Bank Stadium in Baltimore, Bank Of America Stadium in Charlotte and so many more. So, perhaps the Stadium Sponsor jinx is back in full effect. If it is, at least Barclay's has an out clause for the end of this year- it just might want to use it.
Flashback: Stadium Sponsor Curse Still Haunts Firms (CNN-2003)
A List Of Stadium Naming Rights (ESPN)
Email Post
Labels: General