133 West 22nd Pretty Much Done In More Ways Than One 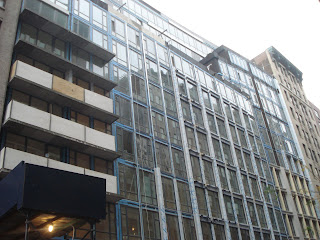 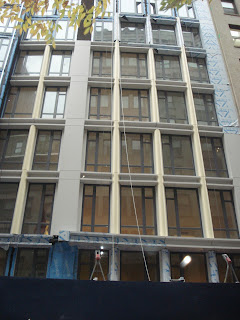 I passed 133 West 22nd Street today, and the building looks just about finished. This building actually sold so quickly, it passed by many radars without much attention. Out of 90 apartments, it's 96% sold. While the building didn't get nearly the attention that Yves did, the two buildings have one thing in common- the involvement of Ben Shaoul, of Magnum. While Ben gets plenty of attention for his relatively young age, 30 or 31 now, he should get attention for putting up 2 developments that knocked the cover off the ball. He's definitely a candidate for the coveted A. Fine Blog "Developer Of The Year" award. My only disappointment is that the right side of the building doesn't seem nearly as wavy as the original rendering.
Email Post
Labels: South of 34th