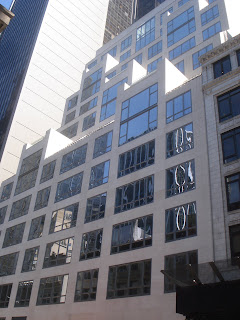 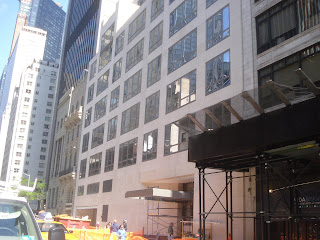 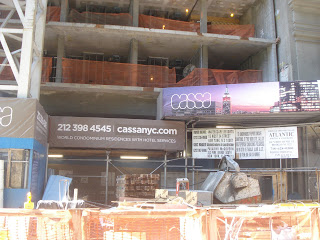 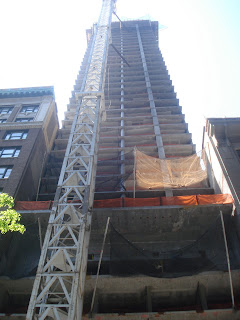 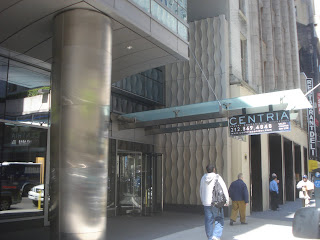 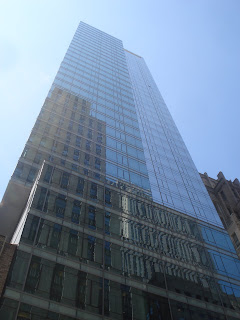 Following up on yesterday's feature on Number 5, here is an update on a few more condos in progress in Midtown.

Centurion (56th, 5th +6th), legend I.M. Pei's impressive limestone effort, is nearly finished with occupancy expected any time now. The limestone is from France, not Indiana (excusez-moi), to give a different hue and to set itself apart from other limestone buildings in the city. The limestone is gorgeous- no offense, Indiana. The building tapers back to conform with zoning in the area which limits the amount of space flush with the street to 85' feet. While the final product looks great, the 17 story structure looks small compared to what I had assumed from the renderings. Perhaps, I.M. Pei is so brilliant and cognisant of the surrounding buildings that he can blend in seamlessly.

Finally, we have The Centria on West 48th Between Fifth and Sixth Avenues. This building has been filling up for more than a year now and is nearly sold out. There are some studios and 1 beds left starting at $640k and $850k respectively.
Email Post