Fordham's Big Expansion Expected To Be Rejected By Community 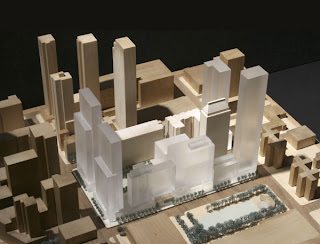 It's a big plan- 2.35 Million Square feet of a plan on Fordham's current West Side campus between 60th and 62nd Street. The community, or at least some people in it, the Fordham Community United, are up in arms. They have armed up as well, hiring well know lobbyists, a pr firm, and an attorney to beat back the institution. Now, it seems, they have an ally in Community Board 7, which is expected to reject the plan this evening according to a recent news article emailed by Crain's New York Business.
The most controversial aspect of the plan is Fordham's intent to sell 2 parcels to private developers to finance the plan. That land was originally obtained through eminent domain. That just doesn't smell right, does it?
Fordham U. Expansion Plan Hits A Bump (Crain's)
Email Post
Labels: Upper West Side