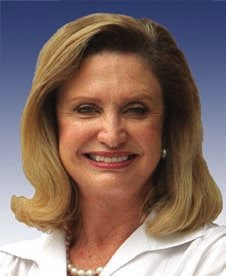 I try to stay away from politics as much as possible on this blog, but every now and then, I have to throw in my two cents.
I was relieved as many New Yorkers were when Carolyn Kennedy dropped out of the race to be appointed to the senate seat vacated by Senator Clinton last night. While it would be hard to argue with her pedigree, her experience was lacking.
I think it is extremely important to continue to have a woman serve in the vacant seat. Currently women are profoundly underrepresented in the senate, holding only 16 seats. We need a woman of vision, experience, skill and capability. Fortunately we have one in the House of Representatives, Carolyn Maloney. Representing Manhattan's Upper East Side, Astoria, and LIC, Maloney has been a champion of women's rights, family issues, and equality for all. She has extensive experience (16 years in the House) on the pressing issues in regards to the economy. She currently serves on a number of finance, economic, reform, and oversight committees. She was named Vice Chairwoman of the Joint Economic Committee for the 110th Congress (2006). During her 10 years in the City Council, she was instrumental in computerizing the city's contracting process and chaired a committee to investigate corruption in the contracting process.
The list of qualifications goes on and on. I think she will do New Yorkers proud if given the chance to represent us in the senate. There is a Carolyn that is a perfect fit for the Senate, and her name is Maloney. I might add, I have a sneaking suspicion that she is the pick (whoops, just jinxed her).
Carolyn Maloney Bio (Wikipedia)
Email Post
Labels: General