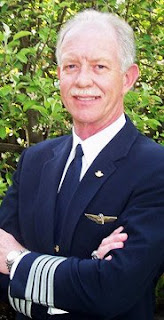 In a time when we have been bombarded over and over with bad news and more bad news, the "miracle on the Hudson" is just the kind of news that we really needed. For a plane to suffer complete engine failure (over the city), bank 900' over the GW Bridge, and land perfectly on the Hudson River without anyone getting seriously injured, "miracle" is not an overstatement. Chesley B. Sullenberger, the veteran pilot, also former US Air Force pilot, otherwise know as "Sully" is the epitome of a hero. Under incredible pressure, and with no time to spare, his skill and decision making saved 155 people and untold thousands in the city below. The New York Waterway ferries were also heroic. Five ferries were on the scene within just a couple of minutes to pluck the passengers from the wings of the plane sinking in the frigid Hudson waters. And as we now nearly take for granted, NYC police and firefighters, the first responders, were brilliant in coordinating the rescue, with frog suited divers on scene to swim into the plane to make sure it was clear of all passengers. It was only a matter of minutes between plane crash and all safe and accounted for- only in New York! If there was ever an occasion for a ticker tape parade, this uplifting moment, with genuine heroes would be it.
Pilot Is Hailed After Jetliner's Icy Plunge (NY Times)
Pilot "Sully" A Hero After Splashdown Saves Every Life (Times U.K.)
No Shortage Of Heroes In Hudson Emergency Landing (Newsday)
In other news:
Is Roosevelt Island The Most Haunted Place On The Planet? I Think So (RooseveltIslander via Curbed)
No Surprise: UWS Residents Protest Fordham's Expansion Plan (Observer)
Email Post
Labels: General