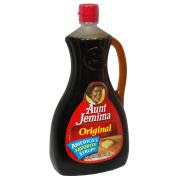 Sure seems to be a busy day in the city. Most important, of course was that Mayor Bloomberg's office has finally solved the maple syrup smell mystery. Using various atmospheric and meteorological readings, sure enough, we can blame it on New Jersey. The smell has been traced to a fragrance plant in Hudson County and more specifically the processing of fenugreek seeds. Phew, I can finally sleep at night! For the complete rundown of the methodology used to solve the mystery (and I mean complete), here is the NY Times rundown:
New Jersey Plant Is Called Source Of Sweet Smell (NY Times/ City Room) 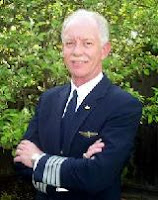 Also of real interest today were the chilling tapes of Flight 1549, which crashed in the Hudson River a couple of weeks back. We hear an exceptionally calm and stoic Capt. Sully first checking options for emergency landing sites, and when Teterboro was arranged, simply saying "We can't do it", followed by "we are going to be in the Hudson". That was his last communication, and the rest is history. The tape is both chilling and inspirational. For a concise yet chilling audio summary, check The City Room Blog.
For all of the radio tapes, check:
http://www.faa.gov/data_statistics/accident_incident/1549/ 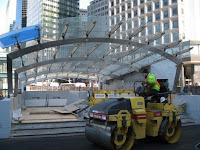 From my good friends over at Curbed we have a first look at the entrance to the delayed South Ferry subway station. The station was supposed to open a few weeks back, but someone got the measurements wrong on the gap between the platform and train cars. It was said to be by a hundredth of an inch or so, but better to get it right than to lose a lawsuit later by a whisker. For more pics, check out the article on Curbed:
Cover Up Ahead Of It's Grand Opening At South Ferry

Finally, I am sure that it is no mystery to readers of A. Fine Blog, but rents are dropping. Citi Habitats issued a report today that showed vacancy rates on the increase, and month over month rents dropping by a couple of percentage points. I'll give it to you straight folks, it worse than that. On a daily basis, I am seeing rents slashed. If they sit on the market for a month, an even bigger slash. The numbers are pretty dramatic. I'll make sure to have a full rental market update soon.
Email Post